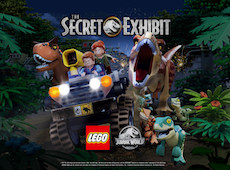 Work wraps up on “The Secret Exhibit”. Part of the Lego Jurassic World series of animated shows we’ve recently completed. So much fun from a sound design point of view! Produced for NBC by Vancouver animation house Atomic Cartoons, this show sets the bar at it’s very highest level! The animation is absolutely amazing and we’re very excited to be working together with them! The show premieres on NBC November 29 at 8pm local time.Watch the trailer here: https://www.youtube.com/watch?v=kFRrdzOFhkU

View all posts by michelle →
Border Security is back baby!
Luna Chip & Inkie!